While we’re on the subject, I’m going to talk about insects one more time. Remember that ant and the grasshopper story that was told to us so many times to teach us to work diligently instead of playing? It’s part of Aesop’s fables, so I think it’s probably taught to school children to this day almost everywhere in the world. Just as we did with the spider story, let’s think about it a little differently. As I said in my previous post, I am definitely not against diligence. What can you do without being diligent? All I want to emphasize here is that you can’t just be unconditionally diligent and that there are many different ways to apply your diligence.

[bctt tweet=”There are many different ways to apply your diligence.” username=””]

Is the grasshopper really a lazy guy? Or is he just living diligently in another way? 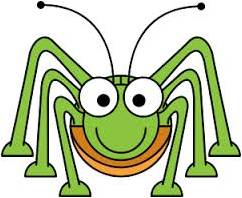 If you think about it, in the ant and the grasshopper story, the ant is a typical industrial worker. Working systematically, working with rules, working amidst a hierarchy. He also works hard, sweating buckets.

On the other hand, the story says the grasshopper was lazily playing around with a musical instrument. Or did he sing? Anyway, it was one of the two. Nobody in this day and age would look down on musicians, but I definitely think the ant and the grasshopper story was looking down on musicians as shallow. If you look at things from that perspective, everything a musician does will seem boring, like a child’s play, easy, and just something to do to pass the time. But the grasshopper feels slandered by this. As a musician, the grasshopper must diligently polish his skills even though it might not directly generate revenue. If he doesn’t, the grasshopper has no future. So while the ants go to work in a crowded bus or subway every morning, the grasshopper stays at home and plays his music alone in comfortable places. The ant might see this as grossly lazy and think the grasshopper to be a shallow layabout, but these activities are actually proper “work” to the grasshopper.

He has more time because he doesn’t need to commute back and forth from work and saves enough energy to devote himself to his kind of work.

Then, finally, the day of the concert arrives. The grasshopper who was the subject of scorn from others saying, “Where does he get off living like that?” comes up on stage and performs beautifully.

Many insects are moved and shout for an encore. He gets offers for the next concert, he gets pupils asking him to teach them music, and even gets a fan club.

Maybe I went a bit too far. :D

Anyway, what I want to say is that the grasshopper’s way of life or business method is a very proper and fair way of life and business method. The ant diligently clocks into work every day and receives things like daily wage, weekly wage, monthly wage, or annual salary, but the grasshopper works on projects and earns a lot of money at once. To make this possible, he spends his days doing things that don’t generate direct income such as practicing, developing himself, training, reading, debating, etc. In the Aesop fable, the grasshopper eventually becomes miserably poor and has to beg the ant for food, but in this changed knowledge society, they opposite can easily be true. Wisdom from an agricultural or industrial age does not always hold true in this knowledge-centered society.

I think that the life of a grasshopper is similar to (not the same as) a translator’s life.

To draw out the morals of this:

Isn’t the grasshopper admirable now that you got to know him? 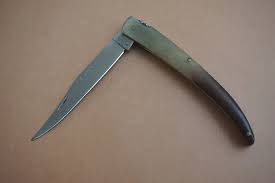