Sometimes, side-splittingly funny things happen even in the world of translation. 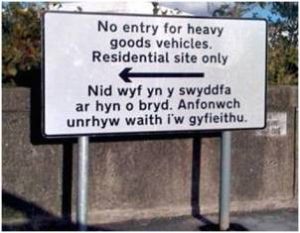 The above is a photo of a road sign. It’s a bilingual sign written in both English and Welsh. People who don’t know Welsh will assume that the text below the arrow is a translation of the English text above it. Even the length is similar, don’t you think? But in fact, this is what’s actually written:

English: No entry for heavy goods vehicles. Residential site only

Welsh: I am not in the office at the moment. Send any work to be translated.

There were multiple layers of mistakes that were involved in this incident that was even photographed to evoke uproarious laughter from many translators all over the world.

As you can see above, the translator made one mistake and the client made two.

But we have no control over how other people behave. So all of you should create your automatic out-of-office responses in English. For example, you can say “I am currently not in the office. I will return to my office next Monday (February 5, 2017).” If you do this, you’ll probably be able to avoid this kind of unfortunate incident. Remember! Most of your clients can’t read your native language. How to Use Google Voice Recognition for Translating 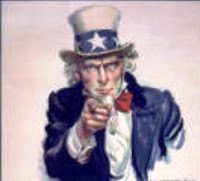