There are a few benefits the translator receives when he or she accepts a proofreading project. (Here, a proofreading project refers to proofreading a document already translated by another translator using the ‘Track Changes’ function explained before.) But benefits will occur only under good conditions. I will talk in more detail about what happens under bad conditions in another post. The translator and proofreader become a team during the long translation process. They both contribute in order to produce one finalized translation. Opportunities like these are not common, but when they are used properly, the two translators (the translator and proofreader) can learn a lot from each other. You can see how the other translator handled a difficult part, if they are using a method that you don’t know well, and if they have translated something differently than you would. 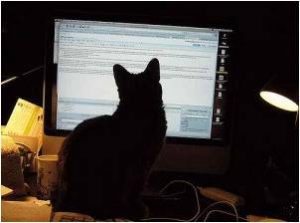 I will share an experience of mine. An agency I had been working with for a long time sent me a document that included complicated programming languages. At the time, my confidence was unlimited (recklessly so) and I felt that I could translate anything in English into Korean. “There’s nothing I can’t do!” I thought. (Since then, I’ve matured a bit. I am more selective in what I accept and I am developing a specialization. :D)

Anyway, it took me a lot of time and effort and I managed to finish translating the document. The agency was a good one, and luckily, they always proofread their projects. I was always a primary translator for them, so my translated text was proofread by a proofreader and sent back to me. At first, I was surprised. Until then, most of the documents that returned to me had a few stylistic revisions. This time, however, there were so many revisions. When I carefully inspected the document, I saw clearly that the proofreader was a specialist in that field, and I was a newbie.

When I told the agency this, they suggested the proofreader and I switch our roles for projects in this field. I was happy to. From then on, for documents in that field, I was the proofreader and my proofreader became the primary translator. I learned a lot every time I received that translator’s work. Thanks to that translator, I can now translate documents in the IT field, to a certain extent. I still don’t know who that person is. I have a feeling the translator might be a woman, but other than that, I don’t know anything. But, I am always thankful to that person.

If the primary translator and proofreader work together like in this example, they can learn a lot from each other. In my case, I gained a lot more than the other translator. Perhaps in other fields, my translations helped her. I don’t know, but I hope that they did. :D

Another advantage is that you can produce a TM from the two files (source and target documents). This can be done using the ‘alignment’ function in a CAT tool. (I think it’s best that I explain this process separately in a post related to CAT tools.) This is a gold mine where I can extract a TM without actually translating. I’ve said this from the beginning, but this is only possible with high quality translations. If the quality of the translation is low, there are limitations no matter how well I proofread. In that case, it’s better to give up on the TM.

If you can utilize the proofreading process well, you can increase your skills and build additional TMs. Stop Being Chased by Time: How to Live a Life Unbound by a Hectic Schedule