This is the last section on the CAT tool market, and I will talk about how to deal with agencies that force translators to use their selected CAT tool. 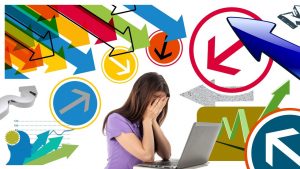 I will assume that you already know why selecting your own CAT tool is important if you’ve read the previous three posts. However, there are agencies that pressure translators to use their CAT tool. I’m not entirely sure, but my guess is that agencies act in this way because of the persuasive marketing efforts made by software companies.

I think CAT tool companies develop agency-use versions, distribute them (considerably cheaply, I think), and push them to use the tool. Take MemoQ, for example. This is a software developed by a Hungarian company and is a strong competitor to SDL Trados. It’s received quite good reviews in the market. However, it just does not understand Korean… When I exported a document, the spaces between Korean characters came out all wrong. Fixing this manually takes a significant amount of time, so I stopped using it. MemoQ has developed a version where everything from allocating the project to delivery to the final client can be done within the software. This kind of software automatically takes care of many tasks the PM performs, and can increase effectiveness within the agency. As long as translators accept this tool, the agency definitely gains. (This is a method of decreasing (D) in the formula mentioned previously.)

An agency I know kept pushing me to use MemoQ for a while. I’ve used MemoQ before, so I did accommodate their demand for a while, thinking, “Well, I do know the software…” At some point though, I declined somewhat firmly to use the tool, and now they don’t even mention MemoQ. Sometimes, new PMs will send me a MemoQ package. Then I tell them again, “If you send me MemoQ packages, I will not work on them.” Then they reply: “Oh, I didn’t know…” and send me just the source file.

Anyway, the first element to managing these situations is confidence. You need confidence and determination to stick to your own methods even if it may mean that you won’t receive work from that agency.

There are also job notifications that ask only translators who use Trados to bid for the project. I don’t really bid for jobs much these days, but when very good agencies appear in the marketplace, I do put in a lot of effort to form a relationship with them. You don’t need to pay much attention when mediocre agencies place job notifications like this, but sometimes good agencies do the same.

When this happens, I approach them in the following way. First, I bid for the job and let them know that, “I don’t use SDL Trados, but I use software compatible with SDL Trados.” This can be a bit ambiguous. .tmx files can be exchanged, so what software isn’t compatible with SDL Trados? (This is excluding online platforms, which have different structures.) Also, there are functions unique to SDL Trados that are not available with other software. For example, very specific tasks such as receiving unclean files and leaving tracked changes can occur only between translators who have SDL Trados. However, there are other programs that can perform these functions as well, such as Microsoft Word. PM’s can easily export a bilingual file for proofreading and then reincorporate the changes, if they know how to use the software. So, there is no absolute need to carry out the work in SDL Trados (unless the goal is to sell more pieces of the software). Furthermore, most CAT tools can read .xliff or .sdlxliff files. Companies entering the market after SDL Trados intentionally included this function to increase compatibility. If we persuade agencies with this logic, they will be accommodating most of the time. In the end, translation is done by the translator, not the software. If the agency is still not convinced, there’s nothing we can do. It just leaves me feeling regretful, because I lost the opportunity to work with a good agency (and they lost me as well).

In the end, the choice of software is not important. I think that if you can afford SDL Trados, and you plan to use dictionaries or Google search outside the tool window, it’s not bad. I strongly hope that the market will restructure itself so that translators can use their own software and that agencies will be willing to work with translators who use any kind of software. This is a topic that goes beyond the subject of this blog, and there’s not much that one translator can do. However, I am still convinced that at the very least, the translator must be able to use the software of their choice (not online platforms or tools that agencies own). 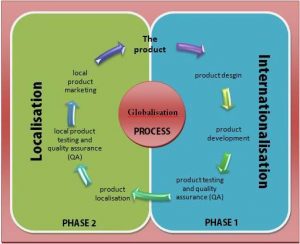