In this post, we’ll look at a few specific issues that often trip up native Korean speakers who translate into English. Most of these arise because translators translate too directly from Korean, not realizing that the way they’re writing is inappropriate in English. Naturally, the best way to get past this is to spend as much time as possible immersed in English to get the feel of it – listening and reading in English will help you in this regard far more than any post on the Internet. Still, I suspect a lot of translators write these things because they don’t realize they’re incorrect or sound awkward, even if they are otherwise very competent in English. This post is intended to be sort of a targeted attack at a few specific problem areas translators may not have noticed. 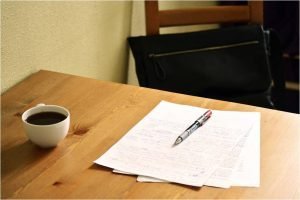 Wrong: Most of people in South Korea speak fluent Korean.

Grammatically, there’s nothing wrong with using the word “representative”. However, most of the times Koreans would use 대표적인 or similar words, English speakers wouldn’t use representative, which means that if you translate this word as “representative”, your translation won’t sound like that of a native speaker. Representative is most often used in English as a noun in the sense of someone who represents someone else to talk about congressional representatives or something like that. You can replace the adjective “representative” with well-known, best-known, famous, or sometimes typical or characteristic.

Wrong: Please submit this translation until the 15th.

Right: Please submit this translation by the 15th.

In many cases, it’s perfectly acceptable to translate 까지 as until. However, when writing about deadlines in particular and saying something is due, must be paid, must be submitted, etc., use “by” instead of “until”.

Wrong: The large size pants are available in red color and yellow color.

Right: The large pants are available in red and yellow.

Words like “large”, “small”, and all color words already imply size, color, or scale in English. There’s no need to write “black color” or “small size” or “large scale” when using these adjectives. If, however, “size” or “scale” are the nouns in your sentence, as in the examples below, you do need them. If they are part of the adjectives used to describe another noun, leave them out.

Examples of correct use:

These pants are available in large and small sizes.

The project unfolded on a grand scale.

Right: In particular, subjects who had received three doses of the medicine had lower blood pressure 6 hours later.

In most situations in which you have to translate 특히, “in particular” is the best phrase to use. In particular, “especially” should never be used to start a sentence; only in the middle, and it’s most often used as an intensifier for adjectives; for example, “That pie was especially delicious.”

Words not to start sentences with

Instead of “and”: “furthermore” or “moreover”

Instead of “but”: “however”, “nonetheless”, or “regardless”

Note that when you start a sentence with any of the words above (furthermore, however, etc.), you should always follow that word with a comma: “However, it is said that…” or “Nonetheless, we believe that…”

Wrong: I bought a table, chairs, desk, lamp, and etc. for my office.

Wrong: I bought a table, chairs, desk, lamp, etc for my office.

Wrong: I bought items including a table, chairs, desk, lamp, etc. for my office.

Right: I bought a table, chairs, desk, lamp, etc. for my office.

Right: I bought items including a table, chairs, desk, and lamp for my office.

“Etc.” goes at the end of a list when you want to imply that there is more to the list but don’t need to mention every single item. It must always begin with a small letter and end with a period. In those very rare situations when it is the first or only word in a sentence, like the one at the beginning of this paragraph, it is capitalized; however, those sentences really never occur unless you’re writing about grammar, as I am! As “etc.” implies that there is more to the list, it shouldn’t be used when you already began your list with “including” or “such as”, and it should never be preceded by “and”. It can be replaced by “and so on” in informal situations. 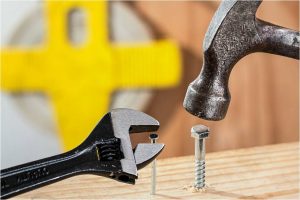 While it may be tempting to assume the 필 here is short for 필요 or “needs”, that’s not the case; this often mistranslated term means that checking has already been completed. You can translate this with “checking complete”, “verification complete”, “has been checked”, etc. depending on the nature of your translation.

Wrong: ACME was founded in 1989 and now exports furniture throughout the world.

Right: Acme was founded in 1989 and now exports furniture throughout the world.

Wrong: Acme Co., Ltd. was founded in 1989 and now exports furniture throughout the world. The company employs approximately 500 workers who have worked at Acme Co., Ltd. for an average of 11 years each.

Right: Acme Co., Ltd. was founded in 1989 and now exports furniture throughout the world. The company employs approximately 500 workers who have worked at Acme for an average of 11 years each.

A very common problem, particularly with certain smaller Korean companies, is their tendency to write the company name in all capital letters. This is another one of those things that’s not technically wrong, but tends to look bad. Company names that are abbreviations, such as IBM, must naturally be written in all capitals, but other company names such as Samsung should not. Korean translators also frequently translate (주) as Co., Ltd. or something similar, which is fine, but common practice in English is to only put these kinds of abbreviations into the text the first time the company is mentioned, and later to only refer to the company by its name alone without Co., Ltd., Inc., and so on. 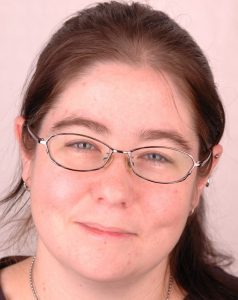 Laura is a native English speaker who not only translates but also frequently edits translations done by non-native speakers, so she’s very familiar with the kinds of mistakes that they make. As a language learner herself (fluent in French, Spanish, and Korean), she understands how difficult it can be to learn a new language at an advanced level and how many small details you need to master before you can sound like a native speaker. Laura lived in Korea for seven years and studied Korean at Yonsei. She has been working as a freelance translator from Korean and French into English and thereby enjoying the career of her dreams since 2013.